But allegedly fail to follow guidelines of Pollution Control Board

Bengaluru: Amidst the pandemic, the pharma sector has experienced growth with an increased demand for its products.

Rakesh P Kanyadi, director at Anglo-French Drugs and Industries Ltd, informed The Observer: “Usually, our workers used to work in two shifts, but, with the increased demand, we have extended it to three now.” He said demand has increased due to the pandemic.

Owing to the high demand for immunity boosters, companies manufacturing vitamin C and mineral tablets have raised their production capacity.

“We produce ayurvedic medicines. Sales have gone up tremendously as people have become more health-conscious during Covid-19,” Vinay G., general manager of Penny Pharmaceutical Ltd said. His company’s sales have gone up by 60-70 per cent during the pandemic. Moreover, they haven’t closed the company even for a day, “Being considered frontline workers, we did not face any problem.”

Chethan Gangiah, the CEO and managing director of Zriza Pharmaceutical Industry said they manufacture medicines as prescribed by doctors. As hospitals were shut, they experienced a decline in sales, which have now gone up.

Vinay said his company was able to sell its Covid-19 medicines in abundant quantities as people believe in ayurveda. “We are manufacturing more medicines now.”

Although the pharma industry is doing well, environmentalists are worried about the waste generated by these companies.

KSPCB authorities are just documenting these issues but are not taking any actions, he claimed. Moreover, the government is letting the pharmaceutical companies do whatever they want to as they contribute a lot to the country’s GDP.

However, Kanyadi said: “We segregate waste into dry and liquid waste. We later balance the pH level of the liquid waste and dry the solid waste into waste beds so that they don’t cause any harm and can be disposed of easily.”

According to norms set by KSPCB, pharmaceutical units should segregate waste before disposing it of, make sure that the toxins are transported and disposed of safely and the disposal is not dumped into any streams, rivers or surface water bodies. In case of non-compliance of these rules, the organization may face severe consequences, including  closure.

Another environmentalist, Sandeep Anirudhan, said: “God knows what is happening with the waste. If they just balance the pH level, it’s not enough. It doesn’t remove the chemicals completely.”

Raj Kumar, a general physician, said: “The fact that pharmaceutical companies produce a lot of chemicals is inevitable.” The companies must follow the Pollution Control Board’s guidelines to reduce the severity of damage.

Aman Gupta, associate manager at Koya Pharmaceuticals, said: “Regulated industries are following rules strictly, but I am not sure about the medium and small-scale industries.”

India’s pharmaceutical industry, the world’s third-largest in terms of production, is growing 8-9 per cent annually. Amidst the decreased pollution levels due to lockdowns, pharmaceutical waste generation has remained unchanged. 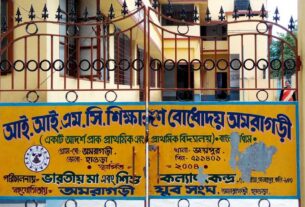 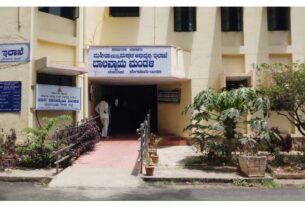 Number of kids breaking the law rose during the lockdown