Bengaluru: The pandemic has added more cases of children in conflict with the law to the already rising trend of delinquent acts in Bengaluru.

Juvenile Justice Board counsellor Noorullah informed The Observer: “We have received around 100 cases just during the lockdown from different police stations compared to around 150 cases in 2019. Those are mainly robbery, murder and Pocso cases which are yet to be disposed of.”

The children who are criminalised mostly belong to the below poverty line (BPL) section. They resorted to negative behaviour to survive during the lockdown. A rising number of dropouts, severe poverty and increase in child labour are some of the causes that led these children to commit such crimes.

Dr  Kalpana Purushotaman, a senior member of the Juvenile Justice Board, told: “Most children coming into the juvenile justice system come from dysfunctional families, single-parent families, broken homes, marginalized communities, etc. They are already in a very dire circumstance. The  pandemic has brought more troubles for both children and their families.”

Parents whose children have come in conflict with the law do not want to entangle themselves with the legal system. Therefore, they prefer dropping them at shelter homes. One such parent whose minor daughter ran away from home said: “I want the Child Welfare Committee to put my daughter into a government shelter home. We can’t take responsibility everytime.”

In March 2020, Prime Minister Narendra Modi announced a lockdown with no support to the poor communities. Children went without food for several days, causing them to behave in a desperate manner.

Kavita Ratna, director-advocacy of The Concerned for Working Children, an NGO, said: “Children should be any society’s first preference. If the government does not provide them with basic care and protection, then what will these young children do?”

The police during such times neither register any case nor help these poor kids. They often exploit the poor people and their children.

Station house officer of the Ashok Nagar police station K Srinivas Murthy said: “If any juvenile case comes, we directly take them to a state home; we don’t register any case here.”

Lawyer Babu Reddy, who handles criminal cases, said the Juvenile Justice (Care and Protection of Children) Act, 2015, is not a good law as it declares institutional care as the last resort. It says every child should grow up with his or her parents.

But most parents do not have the capacity to bring up their children with even the basic facilities.

Reddy said: “Under the Integrated Child Protection Scheme, every district needs to have a Child Protection Unit which should conduct educational and awareness programmes for minors, but not a single programme has been conducted efficiently.” “Instead they are booked under two categories of offences: serious and petty offences which will sentence them to above 7 years and below 7 years of imprisonment respectively.”

Both the Centre and the state governments have not allocated sufficient funds for the health and education of these children. Those involved in a conflict with the law do not get relief easily due to slow working of the judicial committees.

One such person who was a minor when he was booked for a scuffle has not received any relief yet. “I was 17 years old when I was charged for getting into a rough fight. Now that I am 21, they have asked me to pay a penalty, but the case is still not closed,” he shared.

Experts recommend the creation of a Child Protection Cadre and encouraging public-private partnerships in juvenile justice, rehabilitation science, correctional psychology/counselling so that more people from NGOs and civil society can help in lowering cases of minors in conflict with law. 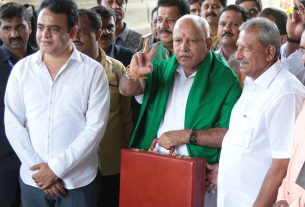