Sitamarhi: About 4,300 villages of Bihar have got tap water after 73 years of India’s independence.

Mani Raushan Kumar, one of the beneficiaries of the state government’s Nal Jal Yojana, informed The Observer: “I have been using tap water for the past six months. Before, we villagers used a common hand pump. The prescribed 70 litres of water per person is enough for domestic use.”

According to a government press release, many villages of Sitamarhi district have been getting tap water, while the Yojana is close to completion in other villages.

Sobha Kumari, another beneficiary, said: “Now we women save a lot of time and even get leisure time as the distance we carry water has reduced.”  Men don’t have to step out to fetch water for use in toilets.

The government has granted one tap for every home. People have to pay if they want more connections. A survey by the Bihar government has indicated a reduction in open defecation after the scheme was implemented.

The Nal Jal Yojana is, however, facing problems of implementation. Many people have complained about the inconsistency of water quality and its delivery.

The state government recently issued circular asking the beneficiaries of the Yojana to pay Rs 30 a month but many beneficiaries are refusing to comply.

Divakar Lal, whose area is yet to be covered under the Yojana, said: “Many times our hand pump gives dirty water. It happens a lot during the monsoon season.” The reason for this is a depleting water table.

A report published in Annual Communicable Disease Surveillance Report in 2015 said Bihar is witnessing a spur in waterborne diseases and warned of a further decline in groundwater.

Deepmala Devi, sarpanch of Baistha village, maintained: “Complaints are few, and maintenance is done at regular intervals.” About providing additional tap connections, she said “Due to the pandemic, the work has stopped but will resume soon as very few homes are left without tap connections.”

The Bihar government recently launched a scheme to monitor the quality of water in every panchayat. The Skada scheme is implemented by the panchayati raj department.

Prabhat Kumar, District Development Officer, said: “The government’s aim of providing tap a connection for every home will be completed before 2021. We have shifted our focus to minimizing the misuse of water.”

Bihar faces several water problems, one of them being contamination.  A study done by the University of Manchester and Mahavir Cancer Research Institute, Patna, mentioned that uranium contamination is widespread in more than 10 districts of Bihar. Besides, arsenic, lead and iron found in Bihar’s groundwater are above the WHO-prescribed level.

The Nal Jal Yojana scheme was launched under the Mukhyamantri Gramin Peyjal Nishchay Yojana on September 27, 2016. It envisaged providing quality drinking water through pipelines to all households in 4,291 gram panchayats.

The Nal Jal Yojana could well help Bihar achieve one of the UNDP’s 17 Sustainable Development Goals. 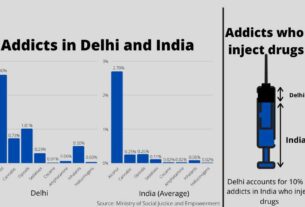 ‘Footpath’s occupied, where do we walk?’