Thousands of people of the national capital suffer from an addiction problem and the small number of de-addiction centers in the city are not equipped to accommodate even a fraction of the addicts.

“Only 2-3% people who willingly go to the rehab centers are able to quit,” Yash Badal, a recovering addict and a de-addiction counselor informed The Observer. “My experience (of a rehabilitation center) was not good.”

According to Cannabis Price Index Report 2018, Delhi is the second largest consumer of marijuana in the world, consuming 38.26 tonnes on average in a year.

In 2018, Delhi High Court (HC) ordered a city-wide survey of all de-addiction centers in the Union Territory. After the survey, the HC ordered the Health and Family Welfare Department of Government of Delhi to set up a state level committee to overlook the functioning of the de-addiction centers. New stringent guidelines were issued, asking the existing centers to re-acquire licenses.

After the HC order, several de-addiction centers of Delhi had shut their operations in city and have moved to Punjab and Uttar Pradesh.

Anil Bergla, Founder, Aas Foundation, said he was forced to shut down the de-addiction center in Delhi and move to Punjab. He said, “We had to close our de-addiction center, as we were not able to recover our costs. Doctors take fee, psychiatrist takes fee. Most of the centers have moved outside of Delhi.”

People running the de-addiction centers are reluctant to apply for government’s grants. They ascribed this to the long and tedious government process of acquiring grants.

Arvind Kumar, President, Naya Savera Trust and recovering addict, said “If you apply for grant, you’ll be stuck in formalities. My grant has been sanctioned twice but my file remained at the bottom and the grant was on paper.”

Dr. Gautam Bhatia, Founder, Sahyog Detox and recovering addict, was also reluctant to take government grants. He said, “We don’t get any government assistance. Getting government grants is a long and difficult process.”

Badal called the centers of Delhi money-making organisations. “These are businesses. They do not care if you are getting treatment. If somebody relapses, they earn more money,” he added.

Addiction to substances takes a toll on an addict’s mental health. To deal with the psychological implications of addiction, the state-level committee set up by the HC mandated the presence of a psychologist, under the Minimum Standards of Care for de-addiction centers set by the Government of India.

Loveleena Singh, rehabilitation psychologist, said, “This is a biopsychosocial disorder. The biological implications of addiction are handled by physicians, and psychologists help with the psychological and social aspects. The problem is the thought process of a person when he is addicted. It makes their life dysfunctional and spreading awareness regarding the same is important.”

Badal has been free of addiction for last 3 years and said he won over his addiction by practicing the 12-step de-addiction program. This program was developed by the support group ‘Alcoholics Anonymous’ in 1939. He decided to become a counselor to help other addicts after receiving help from one.

Recently, the Delhi Government took an initiative to launch a project with All India Institute of Medical Sciences to enhance the treatment and rehabilitation services for homeless addicts. 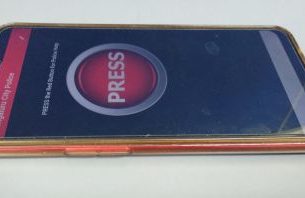 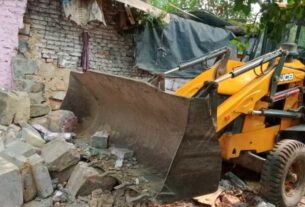