Shillong: Daily wage earners like taxi drivers have seen a sharp decline in their daily in­ come be­cause of the high price of petrol. Tike, a taxi driver in the Lapa­lang area, informed The Observ­er: “The government’s decision to cut the passenger capacity to 50%, and a majority of daily commuters’ reluctance to take public vehicles because of the virus, has made the situation worse.”

B.Warjri who works for Shil­long’s Tourist Information Centre said since restrictions on inter­state travel were lifted, he has been able to make a small income, but he has to find book­ings on his own as his tourist agency hasn’t reopened. “I know  I am risking my life, especially by meeting unknown people who are likely to be infected…, but I have no choice.” He is the sole breadwinn­der in his family.

With schools and colleges still closed, drivers are banking on people going to work. College student Iba said: “I un­derstand that the drivers need to make an income, but there is also a need to shut educational institutions for safety.” She had to let go of a taxi driver she had hired to drop her at college daily.

Vegetable vendor Phiba goes to the market only on weekends as she cannot afford high taxi fares. On weekdays, she sells her good from home. . Homemaker Wanda said she does not leave her home if the work is not important. She attributed fewer taxis on the roads to people’s reluctance to venture out.

Taxi driver Babu said he used to make around 40 trips a day before the lockdown, but now he struggles to get 15­20. With taxi fares being high, he earns barely Rs 1,000 a day after paying for petrol. “With the odd­even system, I have to lay off from work every alternate day,” he added.

The drivers are worried for their health. Ferrying people from all over Shillong has put them in a dilemma. They don’t know whether following social distancing, using hand sanitisers and wearing face masks will keep coronavirus at bay.

In the coming months, the implementation of plastic protect­ors is being planned as these provide protection to both drivers and passengers. “If the situation changes with public transport, we will have to set up a meeting with the committee concerned to handle the situation,” he added.

John Khongwir, who works at Rapido, an online bike taxi company, said: “Rapido has been getting ­ ting more commuters because we provide passengers a flexible option to travel with a fare calcu­lator that charges passengers  per km.”

A traffic policeman on duty at Rynjah said: “There seems  to be no easy solution to the prob­lem as of now, but the drivers have been making a better income since the local market has reo­pened.”

Owing to the pandemic, educa­ tional institutions were ordered to shut down. This forced most peo­ple to work from home. It is a struggle for taxi drivers as they do not have an assured income. 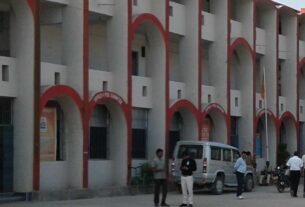 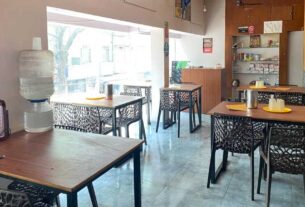 A year after the pandemic, eateries are struggling to remain afloat