They are unable to pay rent & kid’s fees, buy medicines

Kolkata: Bar singers and musicians of Kolkata are struggling for survival following the closure of

bars and restaurants due to the Covid-19 pandemic.
Kolkata has had a thriving bar culture which has been a major source of entertainment to certain sections of the population. But due to the imposition of restrictions, these public places had been closed for an indefinite period.

Singers who would sing every evening at bars are now looking for jobs as maids and corporation workers.

“Those were good times, we earned as much as Rs 35,000 a month,” singer Rajarshri Mitra informed The Observer. She had had to pull her children out of school because she could not pay their fees.
These artistes have families depending on them. Besides their remuneration, they earned money from tips given by customers.

Another singer, Mampi Das, said: “I am surviving on my fixed deposit; now it is drained too. I have no money to pay my rent so I am trying to take shelter at different places.”
Two types of people perform at bars: Those who are trained musicians but couldn’t establish themselves and others who have no formal education. Bars in Kolkata mainly organize song-based performances, often on requests by customers.

Dancing is illegal. Police routinely crack down on bars that organize dances.

With their jobs gone, the singers and musicians have had to change their lifestyle.

Musicians who worked on contracts with three or four bars at a time are now looking for odd jobs to make ends meet. One such musician, Chotka Roy, said: “I have never imagined that I would be selling vegetables in my locality. My parents are out of medicine for days now.”

Women singers are finding it difficult to get jobs because most middle-class families are unwilling  to employ them as domestic workers given their so-called questionable professions. Many of them are not qualified enough to get jobs in companies, though a few have managed to do so.

One such singer, Alka, was relieved to find a job at a call centre. “After my husband and I lost our jobs, we struggled to make ends meet,” she shared.

No relief measures have been taken by the Bengal government. Picklu Dutta, the organizer of

the Bengal Stage Performance Association, shared: “We tried fixing a meeting with Nabanna, the administrative office of the West Bengal government, but were ignored.” Before the pandemic, prominent figures enjoyed these performances, but during their hour of need, nobody has helped. During the later days of lockdown, when virtual events surged, singers used to digital platforms could earn better.
With the commencement of Unlock 4.0 across Bengal, restaurants and bars were allowed to open

with 50% occupancy. But the artistes have not been called back since the restaurants cannot afford to pay them salaries.

The manager of Tumi Ashbe Bole bar said: “We have a low seating capacity, and on top of that if we have to pay the singers, we won’t be able to sustain the restaurant for long. Everything is at stake anyway.”

The sub-inspector of the Survey Park police station, B.K. Roy Chowdhury, said: “There are no clear instructions from the government to allow bar performances so it’s strictly prohibited.”

Two types of customers visit the bars: The working class and the business class. But due to the economic downturn, even the most frequent visitors have stopped visiting the bars.

One such visitor, Kisholoy Sil, said: “Visiting a bar and watching women perform is nothing but a kind of addiction. I’m glad it is restricted because if it hadn’t been, I would have spent money from my family budget to visit the bar.”
With Covid-19 cases rising, the situation looks bleak for these artistes. Though the hospitality sector

is slowly opening up, employment opportunities are limited. The artistes are hoping that performances start again so that they can get back to their jobs. 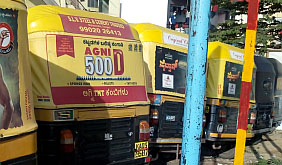 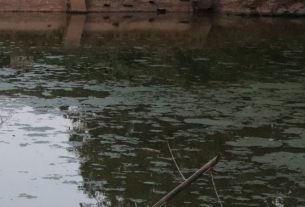 Labour meet speaks up for staff of IT companies