The Supreme Court order for demolition of 48,000 slum dwellings along 70 km of railway track in Delhi has put lakhs at risk of displacement and contracting Covid-19.

”The question is, where will they go,” Dev Pratap Singh, founder and CEO of The Voice of Slum, an NGO, said. ”The poor who have tested positive never got access to hospitals or treatment. No roof would only add to their problems.”

Pappu, a cigarette shop owner who lives in a slum settlement along the railway track of Sarita Vihar on Mathura Road, informed The Observer: ”My house has been demolished. JCBs come here regularly to demolish our houses.” He alleged his family did not receive an eviction notice.

Pappu pointed at a small window on the back of his shop that opens to the railway tracks. Debris from the demolition was visible through the window. ”There is nothing left. They ran over our house.”

Pappu, his wife Rani and their three children have been living in their small shop after the illegal settlement was demolished. ”We want either a roof or compensation….  We have nowhere to go.”

In the ‘MC Mehta Vs Union of India’ case on August 31, an SC bench headed by Justice Arun Mishra said: “No interference, political or otherwise, should be there and no court shall grant any stay concerning the removal of the encroachments in the area in question.” It ordered the demolition and rehabilitation to be completed by the end of November.

Dr Sanjoy Kumar Sadhukhan, professor and head of the department of epidemiology at the All-India Institute of Hygiene & Public Health, Kolkata, said rehabilitation is imperative for the people who are about to be displaced.

Anuradha Singh, a lawyer with the Human Rights Law Network, Delhi, said: “Right to housing is a fundamental right under Article 21 of the Constitution. In several legal battles…, it has been established by high courts that rehabilitation, as per the procedures laid down, must be done.”

The procedure for slum rehabilitation includes a survey followed by document verification. Then eligibility for rehabilitation is checked and then an alternative dwelling has to be provided. If a family or individual is found ineligible, then they have the option to file an appeal in the court. ”This procedure has not been followed in several cases. States have failed to provide for the people who migrate to cities in search of employment. The state’s failure compels the poor to build shanty houses,” Singh added.

”The notion that these are illegal encroachments is wrong. It is not the government’s land; it is the land which the government holds on behalf of the people,” Singh added.

Dev Pratap Singh said: “Rehabilitation has been done in similar cases like Maadipur Basti and Shakurpur Basti; government quarters have been provided. Considering the size of the population that has to be evicted, the majority of people will not benefit. I know more than 10,000 people living in one slum colony with no identity proof such as Aadhaar.”

On September 24, more than a hundred slum dwellings were demolished by the DDA. According to a Times of India report, the demolition rendered hundreds homeless and none of the families was rehabilitated.

The National Green Tribunal on October 1, 2018, ordered the railways to raze encroachments in the safety zone. The railways constituted a special task force to overlook the demolition.

The STF, headed by Delhi Development Authority vice-chairman Anurag Jain, failed to uproot the settlements for two years. In an affidavit submitted to the SC, the railways ascribed the delay to political interference.

Bijay Patel, director of public relations, DDA, refused to comment on the issue of political interference.

”These people will be forced to move to another (railway) station, and from there to another,” said Dev Pratap Singh. ”I have been distributing food in the slums since the lockdown was enforced. The people living in these slums are balloon sellers, toy sellers, and labourers.”

Solicitor general Tushar Mehta informed the court that the railway ministry is yet to decide on the issue. No coercive action can be taken by the railways until it gets a nod, he added.

The livelihood of the dwellers hangs in the balance. 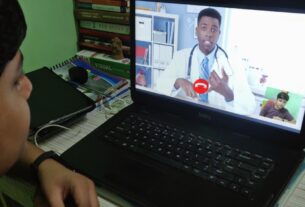 Telehealth moves to the forefront in time of Covid-19 pandemic 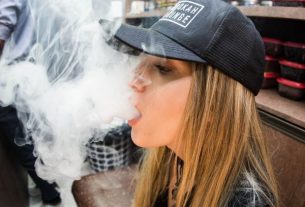