The Centre’s One Stop Centre (OSC), or Sakhi, which is supposed to assist women who face trauma after violence, is itself looking for support. Four years after the launch of the scheme, the construction of a permanent place for OSC in Bengaluru has not begun.

An official from Karnataka’s women and child development department who didn’t want to be named said: “We had a trauma centre in Victoria Hospital. But it was not under the Centre’s One Stop Centre scheme. It was the Gelathi special treatment unit started by the state government. Since the beginning of the month, that too is closed as the One Stop Centre building is at the starting stage of construction in Madiwala. Once the construction is complete, women under pressure can take shelter there. The building will have all the facilities.”

OSCs are intended to support women affected by violence in private and public spaces, within the family, community and at the workplace. Women facing physical, sexual, emotional, psychological and economic abuse, irrespective of age, class, caste, education status, marital status, race and culture, will be facilitated with support and redressal.

Aggrieved women facing any kind of violence due to attempted sexual harassment, sexual assault, domestic violence, trafficking, honor-related crimes, acid attacks or witch-hunting who have reached out or been referred to the OSC will be provided with specialized services like providing treatment, registering FIR, legal assistance and counselling.

Victimized women are allowed to stay at OSCs for six months to one year. But currently, such a shelter is not available in Bengaluru.

Brinda Adige, a women’s rights activist, said: “In the beginning, Bangalore Baptist Hospital (BBH) treated women under an OSC scheme. They provided them with a psychologist and psychiatrist to give counseling, and a legal adviser to take care of official matters. But that, too, didn’t have a residential facility. As far as I know, the facility is in a bad condition due to lack of funds from the government. OSC is a basic need of every woman who undergoes bad incidents and is looking for a place to shelter them. But the OSC in Bengaluru is not fulfilling that.”

A BBH employee informed The Observer an OSC is functioning in the hospital. But the centre doesn’t have a shelter for abandoned women. Doctors examine the victim and give treatment. If the victim is in a bad condition, she is admitted in the hospital for further treatment.

Navya Shree, an advocate who deals with women harassment cases, said: “In a decade when violence against women is increasing, schemes like OSC … should function properly. The women welfare department should look into the matter and take immediate action to have a temporary OSC which provides shelter somewhere.”

The OSC in Victoria Hospital premises was set up in June, 2016.

The scheme is funded through the Nirbhaya Fund. The Centre provides 100% financial assistance to the state government /UT administration under the Scheme. 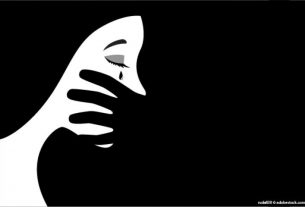 Beating women is ‘normal’ in this village

60% signage in Kannada is a headache, say traders