Lack of restricted areas for hookah smokers in hookah bars has put non-smokers at the risk of inhaling second-hand smoke.

“We can’t have a separate space for hookah users because the majority of our customers want us to serve hookah. So we never had a situation when a non-smoker asked for a smoke-free area. If something like that happens, we have no choice but to turn them down,” said the manager of a restaurant in Koramangala. He refused to give his name.

Max Anderson, manager of a popular chain of restaurants, informed The Observer: “We have a separate floor for non-hookah customers in Jayanagar. It is a roof-top restaurant. Service starts at 6 pm. When non-smokers come to our restaurant, they sit with others.”

The manager of a cafe in Gottigere said there is no assurance that the smoke-free zone at his eatery would not have smoke. “Ours is an outdoor cafe. Among the 24 tables we serve, two are allotted for non-smokers. Since it is an open cafe, obviously the smoke will reach the tables.”

Of the10 restaurants and cafes The Observer contacted, eight said they did not have separate areas for hookah smokers.

Dr B.K. Vijendra, BBMP chief health officer (public health), said: “Recently, we came to know about the non-availability of separate hookah smoking areas. We inspected some of such restaurants and fined them. We will look into the issue and inspect (the places) regularly.”

Research has revealed that smoking hookah is as harmful as smoking cigarettes.

Dr Shiva Kumar Uppala, an oncologist, agreeing with the research findings, said: “I see young patients with lung diseases and cancer. Some people who don’t smoke suffer from second-hand smoke diseases. Second-hand smoke is as dangerous as inhaling smoke directly. Passive smoking can cause diseases like breathing difficulties and lung cancer.”

In March 2019, the Karnataka High Court ruled that hookahs should be used only in designated areas, adding that “smoking of hookah should not cause inconvenience to other customers”. The ruling came on a case filed by a restaurant after police questioned it about the hookah bar on its premises.

Akshay Heblikar, director of Eco-Watch, said: “Hookah smoking is an increasing threat. Everything starts with ‘let’s give it a try’. Soon, young people get addicted to it and passive smokers become victims. Outdoor hookah bars are a threat to the environment. It is a small quantity of carbon monoxide, but 100 open cafes would add a good enough amount of smoke to ruin the environment.”

On February 9, 2020, The New Indian Express reported that the Chhattisgarh government had banned hookah bars. 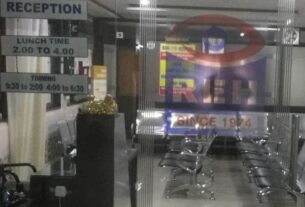 Clinics, labs in Sitamarhi shut due to Covid fear 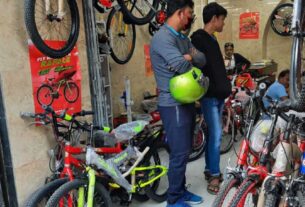 Bicycle sales perk up during pandemic