Home > Art & Culture > Looking Back on a War

Movies are as close as we can get to experience the reality of war. Midway, directed by Roland Emmerich, popularly known for his movies like Independence Day, The Day After Tomorrow and Godzilla, is a powerful, action-packed and factually accurate depiction of the battle of Midway, fought six months after the Pearl Harbor attack when Japan tried to cripple the US navy’s Pacific fleet.

Using incredible visual effects, the movie leaves the viewer with a deep sense of the passions evoked by the confrontation, feelings of nationalism mingled with notions of respect and honor. Emmerich crucially makes sure that his movie doesn’t glorify America’s triumph or romanticise the war, but instead depicts the true meaning of individual courage and love of country.

The battle of Midway turned the tides of the Second World War. Japan, with its strong and well-equipped army, tried repeatedly to take control of the Pacific. There have been several movies about the event like John Ford’s Battle of Midway, Pearl Harbor, and more. Classic books like Miracle at Midway by Gordon. W. Paige also depicted the significance and the importance of the battle.

American naval intelligence had intercepted and decoded a message from the Japanese, which was a plan for another air raid. In the retaliatory strike, American jets faced the Japanese naval fleet and air force. The Japanese were very well equipped and the fate of the battle was decided with a few clear airstrikes by the Americans. The US fleet had every odd against them, yet they fought and won with nothing but sheer will and courage.

Written by Wes Tooke and with an outstanding cast including Patrick Wilson, Luke Evans, Nick Jonas, Woody Harrelson, Mandy Moore, and Ed Serkin, the movie is fast-paced and crisp without any unnecessary or time-consuming element. The special effects are perfect and so well-conceived and executed that a viewer could be forgiven for wanting to duck during a scene of aerial combat. The attention to detail is obvious. Each term used in the movie and every dialogue transports the viewer back to the 1940s and allows us to experience the tension felt by a civilian or an ordinary soldier.

The quality of the sound mixing and effects are off the chart, creating a real war ambiance fro the movie’s opening shots. From the firing of a shell to the groaning of a plane’s engine before lift-off to the sound of a torpedo moving underwater to the clink of a spoon against a teacup, everything is meticulously arranged and recorded. The costumes set the tone for the battle scenes and were good enough to remind the viewers of the true war heroes, soldiers, generals, and mechanics, all of it perfectly falling in place.

The movie also brings out the little details that make war such a terribly uncertain endeavour, little things like hope, like brotherhood, a desire to end all wars, women waiting for the husbands and lovers to come home, fatherless children on the streets, an unready US army or Japan’s clever military strategies and tactics.

It’s also a short history lesson. How did the tide turn? What if it hadn’t, what if the war dragged on for another year? We are barely aware of the sacrifices made by the US to stop imperial Japanese forces from gaining command of the Pacific, which, had they failed, would eventually lead to enemy occupation all over Asia. But even so, war really has no victor. These eternal themes and sheer eloquence of the storytelling make Midway a must-watch and perhaps one of the best movies of 2019. 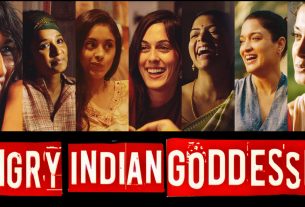 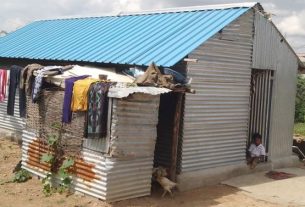 Villagers of Shahpur have not heard of govt housing schemes