Two weeks after BBMP announced penalties for non-segregation of waste, they have not been enforced strictly. Most citizens continue to mix waste.

“Around 70% people in the ward segregate their waste. Initially, we make them aware and then collect fines starting from Rs 100 to Rs. 500,” Ramkumar H.N., a BBMP marshal of the Subhash Nagar ward, informed The Observer.

Suresh K, a marshal of ward 94 (Gandhinagar), said: “Every day, we collect fines from people who don’t segregate waste. We submit the penalty book to the ward office.”

BBMP joint commissioner (solid waste management) Sarfaraz Khan said: “We have collected Rs 35- 40 lakh as fine in the past three months. There is only one marshal in every ward to collect fines. It is not possible for them to check every individual household. Around 45% of the households in the city segregate their waste. There should be a behavioral change in people.”

The Observer noted the joint commissioner’s office wall has a framed certification that states Bengaluru is a part of the forum of cities that segregate waste as part of an initiative by Centre for Science and Environment.

On September 1, 2019, BBMP said it had appointed marshals in each ward to monitor the dumping of garbage and levy fines for flouting rules. Nearly five months later, some wards still do not have marshals.

BBMP’s guidelines mandate segregation of waste into three streams – organic, dry and sanitary. Segregation at source was made mandatory from February 1, 2017, but the deadline has been repeatedly missed.

The Solid Waste Management Bylaws notified by BBMP mention a penalty of Rs 500 for a first offence by households and Rs 1,000 for a second offence. The rules prescribe a penalty of Rs 1,000 on generators who collect mixed waste.

The civic body recently announced it would stop collecting mixed waste from 2020 and impose fines. The special commissioner issued a warning to citizens who do not segregate waste.

The Hindu, on January 10, reported that BBMP was collecting data of waste segregation patterns of households and commercial establishments. Analysis of these would help the civic body in achieving 100% segregation. It also added that the levels of waste segregation at source was improving after dipping to 30%.

Sreenivasa Rao, a volunteer for Citizens for Bengaluru (CfB), an NGO, said: “Auto tippers come and collect segregated waste. But people give mixed waste and there is no serious insistence and monitoring. Citizens do not follow the process of waste segregation seriously.”

Asked about BBMP’s new initiative in five wards where the waste-collection vans have separate compartments wet and dry waste, he said: “This move can be successful as people will forced to segregate their waste. If they don’t, the waste collector can say that he would not take it. Right now, the waste collectors also do not feel obligated to collect wet and dry waste separately. So it is a good step which must be implemented effectively and expeditiously.” 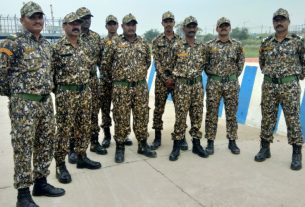