21 of them work in three shifts

Following the deployment of 21 marshals at Varthur lake, strict measures are being taken against those who dump trash into the water body.

Wesly Fernandez, one of the marshals, informed The Observer: “We work around the lake on three shifts. Every shift has seven marshals, with one in charge of them. For now, BBMP has given a work order to be here. We don’t know if it’s temporary or permanent. The decision will depend upon what the National Green Tribunal says. On November 19, we collected Rs 2,200 and on November 20, we imposed Rs 2,01,000 as fine on local chicken sellers who dumped chicken waste in the lake.”

“We’re surveying encroachments that are within the buffer zone (a radius of 30 meters from the lake). BBMP will send a notice to them to clear the place.”

The marshals were appointed to inspect the lake area and prevent illegal activities in the buffer zone. They will check anti-social activities and illegal dumping of construction debris and garbage into the lake.

Ramesh, assistant engineer of ward 149, said: “Varthur lake comes under the BDA. Due to its bad condition, NGT has asked BBMP to appoint marshals to take care of the lake.”

“There are a lot of lakes across the city. Most of them have encroachments in the buffer zone and even on the banks. This is because of the breakdown of government. The custodianship of lakes is under multiple authorities like BBMP, BDA and forest department. So they have no clear policy. The government should hand over maintenance to a single authority. They should also have ecologists who understand water to stop illegal activities happening around the lakes. Lakes are the water security framework of the city. The government should take immediate action to save them,” Anirudhan said.

The decision to appoint marshals was announced by BBMP commissioner Anil Kumar at a meeting with additional chief secretary EV Ramanna Reddy. Rajakaluves (storm water drains) would be marked as per the apex court’s order.

The Karnataka Lake Conservation and Development Authority Act, 2014, bans construction on, and occupation of, lake land and dumping debris, municipal solid waste, mud or earth soil or liquid wastes or any pollutants into lakes.

But people continue to dump garbage and debris into lakes.

In January 2019, an under-construction weir plummeted the water level of the Varthur lake. That was not the first time the lake faced such an issue. In 2017, a weir breached several times. The BDA, the custodian of the lake, blamed BBMP for the incident.

Also in January, garbage dumped in the lake caught fire, spreading panic among residents of the area. 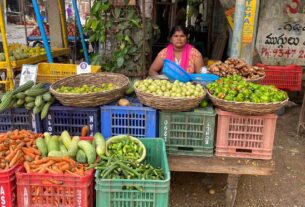 Hyderabadis await reopening of weekly markets, but authorities are wary 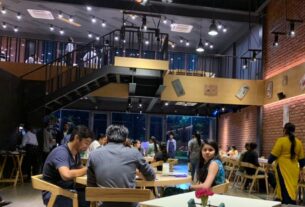