Skip to content
Home > City > Pulled out of RCEP to protect our interests: CM

Responding to a remark by Vietnamese ambassador Pham Sanh Chau that India should reconsider its decision to not join the Regional Comprehensive Economic Partnership (RCEP), he said: “The decision by our PM Modi to withdraw from RCEP was based on the interests of our traders and the people of the country. However, this does not mean that we are against investment.”

“The summit will allow investors and entrepreneurs to come together and encourage companies from abroad to invest in India,” the CM said at the 22nd edition of the Bengaluru Tech Summit.

Pham said: “I hope India will reconsider its position on RCEP. It important that developing nations come together.”

Mahindra Group chairman Anand Mahindra on Monday called Bengaluru one of the most innovative cities in the world. “…I believe in the role technology plays in improving lives and it will help in building bridges and not walls,” he said through a video call at the event, being held at the Palace Grounds.

Kris Gopalakrishnan, chairman of Axilor Ventures and co-founder of Infosys, said: “Bangalore is a dynamic city and the IT industry has played an important role in its growth. I believe that the IT industry will spread to smaller towns in the state and that role satellite towns such as Tumkur will play in expanding Bangalore’s IT industry will be tremendous.”

Biocon chairperson Kiran Majumdar Shaw said: “While the BT sector is not as dynamic as IT, innovations in the sector will transform Bengaluru, which has the largest presence of biotech startups.”

Australia’s high commissioner to India Harinder Sidhu said: “Technology is an important sector in the bilateral relationship between the two countries and helping form closer ties between India and Australia.”

Sundar, founder of a biotech startup, informed The Observer: “This is my first time at a tech summit. I hope to make a ‘competitor analysis’. From the events at the summit, I hope to get ideas that may help my startup.”

Besty Haris, a delegate, said: “I am from a consultancy firm. I came here to network. I hope I will be able to gain some insights into innovation in marketing.”

The three-day event has been organised by the Karnataka government for entrepreneurs engaging in innovation and using technology. The sessions will be Smart IT, Smart BIO, Global innovation Alliances and Impact.

Labour meet speaks up for staff of IT companies 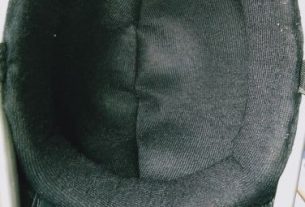