Every year, more than a million women in India are diagnosed with Polycystic Ovarian Disease (PCOD) or, its early form, Polycystic Ovarian Syndrome. PCOD is one of the most common hormonal disorders in women of reproductive age, leading to the enlargement of ovaries due to the growth of multiple small cysts on their outer edges.

According to the National Health Portal, PCOD was first diagnosed by Stein and Leventhal in 1935, who discovered the link between its multiple symptoms that include amenorrhea (interrupted periods), hirsutism (excessive hair growth) and enlarged ovaries. That’s why it’s also called Stein-Leventhal Syndrome.

Early diagnosis of the disease is very important as it can lead to infertility and other medical complications such as insulin resistance, obesity, hypertension, type 2 diabetes, and heart problems. If left untreated it increases the risk of developing endometrial hyperplasia and uterine cancer.

The cysts reduce secretion of the female hormone progesterone and increase that of the male hormone androgen. Consequently, disruption in the menstrual cycle, especially missing them, is the most common symptom of this disease. Other symptoms include excessive facial hair growth, acne, hair fall, weight gain, and severe abdominal pain during menstruation.

Says Shalini Sinha, 21, who’s been suffering from PCOD for the past seven years, “I was diagnosed with PCOD at 14 after missing my period for three consecutive months. My doctor had put me on a birth control pill. When my periods became regular, I stopped taking the medicine which resulted in withdrawal symptoms like hair loss, weight gain, sleep problems, and more. Then I adopted homeopathy treatment which did little to alleviate my suffering.”

“I am having polycystic ovaries since I was in the ninth standard,” says Priti Mukhopadhyay. “My gynecologist had prescribed me an oral contraceptive. I took the medicine for three years, after that, I stopped taking it because of its side effects. I used to experience an unusual increase in appetite, and subsequently, I had gained a lot of weight.”

Despite the disease being widespread, there is no effective treatment other than the intake of oral contraceptives which supplement the female hormones lacking in the body. A lot of PCOD sufferers terminate the treatment because of its side effects, which include weight gain, lactation due to an increase in prolactin level, mood swings, and decreased libido, among others.

The cause of PCOD is not yet well-defined. Doctors suggest that genetic factors can increase the risk of the disease, but lifestyle also plays a key role. As veteran gynecologist, Dr. Krishna Chandra De explains, “In our country, one out of five women suffer from PCOD. Besides genetic factors, lifestyle, food habits such as eating a lot of junk food, and sleep patterns are responsible for its development. Food adulteration is also an important factor.”

He further adds that contraceptives are prescribed to regulate the menstruation cycle. However, patients need to control their weight and must follow a healthy diet. Also, they should not stop any medication on their own.

Says Dr. Akhila Joshi, a nutritionist, and founder of Akhilasoukhya, a weight-loss and lifestyle-management clinic, “The pills are good as a support system, but they are not a permanent solution, patients should take care of their lifestyle.”

Although PCOD can’t be cured, its symptoms are controllable. Both Shalini and Priti say that adopting a healthy lifestyle helps them to deal with the disease. Shalini joined yoga classes and Priti joined a gym. Says Shalini, “I took up yoga at 19, and a lot of symptoms went away. My periods became regular too.” Currently, both of them are not taking any medicine, and are doing much better than before. 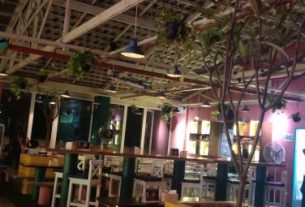 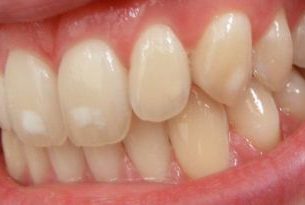 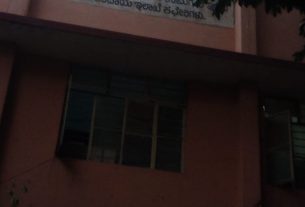 BBMP offices do not have adequate infrastructure