Not many people are aware about the child disease

Diphtheria cases in Karnataka have increased as 48% of children between 5 and 6 years have not been vaccinated. There is a paucity of both vaccines and awareness.

Dr Vishnu N Hayagreev, professor of medicine at Dr B.R. Ambedkar Medical College, informed The Observer: “Diphtheria is caused by a bacterium, Corynebacterium diphtheria. The disease is caused when bacteria release a toxin into a person’s body. Diphtheria bacteria live in the mouth, throat and nose of an infected person and can be passed to others by coughing or sneezing.”

The symptoms of diphtheria are a sore throat, swollen neck glands, discharge from the nose. Usually, the incubation period for the disease is 2 to 5 days.

“People with diphtheria need to be isolated until they are certified to be free from the disease. The diphtheria vaccine is administered through the National Immunisation Program. The first dose of diphtheria vaccine is now recommended to be given at six weeks of age. As the child grows up, the booster is ignored by the parents due to lack of awareness,” Dr Hayagreev said.

Rahul Kumar, a patient’s father, said: “As a new parent, I had no idea about the vaccines to be given. My child is suffering from diphtheria for one month. We did everything possible to cure it, but nothing is working now.” Doctors are treating his child with antibiotics and an antitoxin.

Dhaval Patel, another parent, said: “My son is not able to eat food and drink water properly due to a throat infection. The problem started with cold and fever.”
It is mandatory to give children a booster vaccine called Tdap at the age of 11 or 12.

Jagdish, a parent, shared: “My child is 5 years old. I couldn’t find the DPT booster stage 2 in the pharmacies. I can’t afford treatment at a private hospital, so I went to a government hospital, but there is a lack of vaccine in the hospital. The immunization drive also has scarcity of the vaccine.”

Dr Rajni of the state department of health and family welfare said: “We are trying to get supplies from the logistics department, but there is scarcity of vaccines all over India. We are trying to immunize as many children as possible through drives in government schools”.

In 2019, an outbreak of diphtheria started with cases reported from Kalaburagi. All these cases were unvaccinated patients. Only 48% of children between the ages of 5 to 6 years are covered under routine DPT booster 2.

Nitoiananda, a patient’s guardian, said: “This problem is increasing among children as the disease is communicable and vaccination is not given. It is important for parents to know about the causes and the cure for this disease. They should save their children from these diseases by vaccinating them on time.”

Diphtheria vaccines are unavailable in government hospitals, he added.

Garbage spills out on MG Road, due to inadequacy 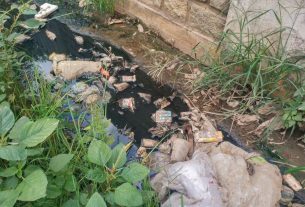 Clogged drain is a source of disease, suffering 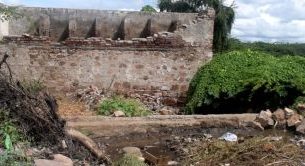