BBMP is likely to shelve the failed project

#CycleToWorkFridays movement has gained a lot of positive response but cyclists complain it is risky to ride cycles as there are no dedicated lanes. Also, people do not know about cycle lanes as two-wheelers and four-wheelers use them.

“I have been using a cycle for the past few years. It would be better if there are separate cycle lanes as riding on the road with speedy vehicles is quite risky.  If there are separate lanes, then we can ride without any fear,” Ashwath A, who works with an IT firm, informed The Observer.

Rohith K, an employee at a finance company in Marathahalli, said: “There are cycle lanes in a few places in the city but as not many use them, the lane is being used by other vehicles. These cycle lanes should be separated from the road with barricades or dividers so that other vehicles do not use them.”

Harish C, who uses app-based cycles to reach his office, shared: “Many people use cycles these days. Even if we don’t own a cycle, we can always use Yulu and Bounce cycles to cover short distances. It is very risky for the cyclists to ride cycles along with other vehicles. Cycle lanes are a must when it comes to safety of the cyclist. Also, there should be strict violation rules for people who drive their two wheelers and four-wheelers in the cycle lanes,” said.

Satya Sankaran, Bengaluru’s cycle mayor, said: “There are a lot of people coming up to ride cycles these days. With #CycleToWork Fridays, we want more people to join to put pressure on the BBMP to construct cycle lanes. We have already requested them to construct cycle lanes to which they have agreed and informed us about the plan. But they still haven’t implemented it. We will make them implement it by making more people join the #CycleToWork event that will happen every Friday.”

When The Observer questioned a BBMP official (who didn’t want to be named) regarding the construction of cycle lanes, he said: “Building cycle lanes is a failed project. We will not continue work on it.”

“There are lot of cyclists in the city and for a cyclist to be safe, a dedicated infrastructure is required. We have cycle lane only in Jayanagar, which was built long ago and now is used as parking space for two-wheelers and four-wheelers. Cyclists face a lot of difficulty and risk while cycling along with the traffic. Cyclists who cycle in the Whitefield road are at high risk because the roads are horrible. They are filled with potholes, open drainages. The beginners will find it really difficult and scary to use such roads while cycling,” said Shilpi Shahu, cycle ambassador of Qualcomm.

“Recently, they marked bus lane in ORR but they have not marked lane for cyclists. We now have to cycle along with the buses which is even riskier,” she rued.

There are a few cycle lanes in the city in Jayanagar, Cubbon Road and near Vidhana Soudha but these lanes are used by other motor vehicles as they do not have any distinction from the regular road.

According to a December 2018 report in The News Minute, the BBMP drew up a detailed plan to construct cycle lanes on the roads stretching over 100 km of roads in the city in about 11 months’ time. The selected roads for the cycle lanes to be built were parts of Outer Ring Road and Whitefield during the first phase of the project and in Marathahalli to Hoodi via Brookfield, Ulsoor Lake to Swami Vivekananda Metro station, 100 Feet Road and Double Road in Indiranagar. They also earmarked areas like Rajajinagar, Banashankari, Jayanagar, Magadi Road, Tumakuru Road and Mysuru Road to expand the project.

According to The Hindu dated February 2, 2019, BBMP was to work on a cycle lane in HSR Layout at a cost of Rs 18.5 crore. The work was expected to be completed by the end of March 2019 — but it hasn’t been finished. The BBMP has floated tenders for development of cycle lanes and development of footpaths on link roads around the Byappanahalli, Swami Vivekananda, Indiranagar, Trinity Junction Metro stations, besides dedicated cycle tracks in industrial hubs. 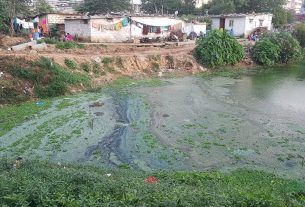 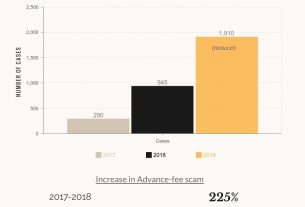 An Acid Test for India