Jaywalking, or illegal crossing of roads, is a huge problem on Outer Ring Road (ORR) in Bengaluru. Pedestrians cross the road dangerously, putting in danger their lives and those of people travelling on the road.

Jaywalking is common on ORR, especially near the Hebbal and Nagawara junctions.

“Often people are seen crossing the road where vehicles move at a high speed, risking their lives. BBMP needs to put barriers between the roads to discourage people from crossing the road illegally,” Raju Zacharia, a resident of Kammanahalli who often travels on ORR, informed The Observer.

Vibhav Pamidi, who works for an IT firm near Nagawara, said that “lack of adequate skywalks is one of the reasons why people cross the roads illegally when fast-moving vehicles are passing”.

Abhinandan Dixit, an IT professional who commutes on ORR, agrees with Pamidi. “When I was travelling on ORR, a person tried illegally crossing the road and escaped being hit by my car. I feel they should put barriers on roads to discourage people from jaywalking,” he said.

According to a report by the Footpath Initiative, an organization that seeks to spread public awareness on pedestrian safety, 44 % of those who died on Bengaluru’s roads were pedestrians.

Jaywalkers are booked under Section 92(G) of the Karnataka Police Act which imposes a penalty for “causing obstruction on any foot-way, or drives, rides or leaves any animal or drives, drags or pushes any vehicle thereupon’’.

Asked what Bengaluru traffic police are doing to prevent jaywalking, assistant sub-inspector M.S. Prakash said they have a ‘Traffic Training and Road Safety Initiative’ where they educate citizens on road safety norms. This includes educating them on drunken driving, speeding for vehicle users as well as illegal crossing of roads for pedestrians.

“We also use social media to reach out to citizens. Ichangemycity is a platform for citizens to report any traffic violations they see around them. Citizens are encouraged to upload photographs documenting the traffic violations. Action is taken on the same,” Prakash added.

A BBMP assistant executive engineer who did not wish to be named admitted that there are not enough skywalks on ORR, but said BBMP is working towards increasing their number. Barriers are being put on roads to prevent people from crossing carelessly.

M.N. Sreehari, an adviser to the Karnataka government on traffic, transportation and infrastructure, believes the problem is due to the absence of user-friendly skywalks on ORR. The construction of these skywalks is assigned to contractors who are more interested in getting back money through advertisements. “That’s why they construct these skywalks at places where advertisements are more likely to be seen than at points where the pedestrians are easily and conveniently able to access them.”

“Skywalks ought to be made more accessible to senior citizens, disabled and injured by providing elevators,” Sreehari said. BBMP should install barriers on median and at the edge of pavements to discourage pedestrians from crossing illegally. Traffic lights and zebra crossings have not been effective in dense and congested roads of Bengaluru.

“The time for crossing at traffic junctions is only 10 seconds, and that is difficult for senior citizens,” Sreehari noted.

The Hazards of Healthy Food 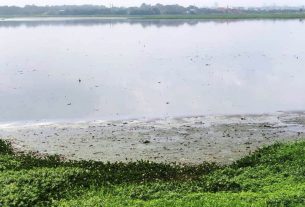 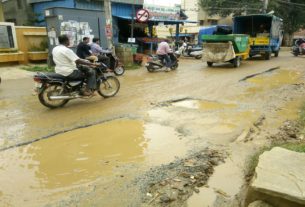