Working conditions in DWCCs where dry waste is segregated are deplorable and unhygienic due to lack of regular checks.

Dry waste collection centres (DWCC), mandatory in all BBMP wards, do not follow the guidelines for waste segregation and human resources, endangering the safety and health of workers. Workers say they lack proper training and safety equipment, and do not have decent workplaces.

Muthuvel M., owner of the DWCC in Deepanjali Nagara (Ward No 158), informed The Observer: “There are three workers, including me. We work eight hours a day except Saturdays and Sundays. We don’t have uniforms or gloves. We have a makeshift room for having lunch and changing uniforms.”

The rule that no dry waste should be piled up outside DWCCs has been violated in Ward No. 132 (Attiguppe), where garbage trucks were found dumping waste indiscriminately on the road near the centre.

The Observer found that the centre did not have a proper cement floor and waste was handled by the workers without gloves. Mosquitoes were swarming the entire place. An obnoxious stink from rotting garbage hung over the place.

Asked about working conditions, owner Kumaresan P. said: “We are used to the smell. The agency which is responsible for maintenance has provided bleaching powder and gloves. But we don’t have uniforms or a separate lunch space. We don’t use gloves as they feel unnatural. A person from ITC (which is in charge of DWCCs in a few wards in Bengaluru as part of its CSR initiative) and a BBMP official come for inspections but they do not come inside the centre.”

Enquiries by The Observer revealed that no training was given to the workers before they were employed. The owners decide the number of workers on a daily basis. Women workers are generally paid less compared to their male counterparts.

Thiruvasagam, owner of the DWCC in Hampi Nagara (Ward 133) for the past five years, said there are no holidays for the workers, who take leave at their discretion. None of them wears gloves despite his insistence.

The employees do not have badges that are required by law. They have any idea about social security as they did not submit identity proof like Aadhaar.

DWCCs sign MoUs with operators responsible for the maintenance of the centres and the workers.

The Collection and Transport of Municipal Solid Waste and Street Sweeping Rules state that BBMP is not responsible for additional funding. The DWCCs are to be maintained in a self-sustainable manner by the operator.

On this situation, BBMP chief health officer Vijendra B.K. explained: “BBMP is not directly responsible for the DWCCs. It is the responsibility of the contractor to maintain hygiene and safety. It is sad to know that workers are exposed to waste material which could contain microplastics, impacting their long-term health. But we have been insisting that only NGOs, and not individuals or organizations, be made contractors as they will ensure that all mechanisms for workers are in place.”

According to the BBMP website, DWCCs are operational in all 198 wards and dry waste is collected by DWCC agencies twice a week. BBMP-allotted vehicles, painted blue, collect dry waste door to door in the 198 wards.

Srikanta T.R. from the Samarthanam Trust for the Disabled, an agency which manages some DWCCs, said: “Our work mainly involves educating the residents to segregate their waste so that it is easily manageable. We have told the DWCC workers repeatedly not to handle waste with bare hands as they might get exposed to germs and contract health issues. Sometimes we have even tried threatening them that they would be asked to leave the work if they don’t wear gloves. So they wear them only when we are visiting the centre.”

Last year, The Observer had reported that unsegregated waste was a problem for the workers at DWCCs. They demanded BBMP strictly enforce the waste-segregation law and penalize citizens for its violation. This shows that the plight of DWCC workers remain in a dismal state.

On July 29, 2019, The New Indian Express reported BBMP audit findings which revealed that out of 167 centres started by BBMP in 2012-2013, only 141 existed on ground; the others were shut down or demolished. It also reported poor working conditions such as lack of toilets and sorting of waste in a primitive way.

In July, BBMP was reportedly planning to upgrade DWCCs and include waste pickers and women self-help groups in the formal system. 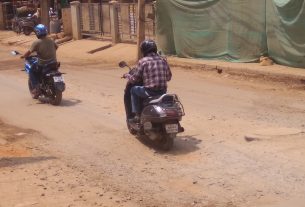 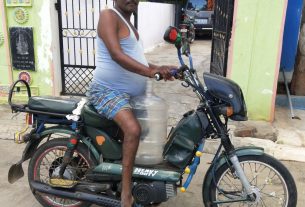