They claim that they are not good and buy their own masks to protect themselves from dust and pollution.

Despite high levels of air pollution, traffic constables in Bengaluru do not wear government-provided masks, saying they are not of good quality.

“The mask that the government provided is not good. Many of us prefer to buy them from outside to escape pollution. The mask policemen wear cost between Rs 100 and Rs 200 each,” Mahesh H.S., a traffic constable near the Shantinagar bus station, informed The Observer.

A traffic policeman near the Kempegowda Bus Station who refused to give his name said: “The city is filled with dust and pollution. We should wear masks to protect ourselves, otherwise we will suffer. A few wear the masks provided by the government, but those who feel they are not good buy their own.”

Following reports about the deteriorating health of traffic constables, the police department in May 2019 handed anti-pollution masks to around 3,500 traffic personnel with a note that said wearing them was a must.

“I will not say that the mask is worst, but it is not of that good a quality. That is why policemen prefer to buy masks on their own. Even if we wear masks, it does not make much difference,” Santhosh S., a writer at the Kengeri traffic police station, said.

A traffic constable stationed near the Vasanth Nagar signal said: “We do wear masks when the pollution is high. But when we are standing at the side of roads, we do not wear them.”

Dr B.R. Ravikanthe Gowda, joint commissioner of police (traffic), said:  “Anti-pollution masks are used by our personnel at general junctions. There are two or three types of masks which prevent respiratory issues related to dirt and smoke. We provide these masks regularly…. I don’t know why traffic policemen buy masks on their own. The ones we provide are use-and-throw masks which can be used for a particular period of time. We counsel those who do not wear masks to wear them.”

Masks provided to traffic constables are meant to not let dust particles in. But personnel who stand in heavy traffic zones said pollution is increasing and they face a lot of health issues. The masks are only a temporary solution.

As these traffic policemen stand on roads, they are exposed to dust and noxious emissions from vehicles. People who inhale these can suffer from respiratory and cardiac diseases, and even cancer, in the future. Air pollution can also cause long-term damage to people’s nerves, brain, kidneys, liver and other organs.

The Observer tried to contact a pulmonologist and an oncologist but was unable to reach them.

Yellapapa Reddy A.N., an environmentalist and chairman of the Bangalore Environmental Trust, said: “This equipment has been designed to protect the health of the policemen who control the traffic. The government cannot make laws for everything. They should know the importance of wearing masks as pollution can cause various health problems. Due to pollution, all vital organs in a human body are affected.”

In 2015, a study conducted by Heal Foundation and AIIMS, jointly with Bengaluru traffic police, showed around 77% of police officials of different ranks suffered from vitamin D deficiency. Since then, health camps were conducted for personnel. In March 2019, a special camp on asthma was held for constables, head constables, and assistant sub-inspectors. Those working at junctions in the central business district and Outer Ring Roads are more prone to asthma.

According to a Hindu report in January 2017, a pulmonary function test conducted on 235 traffic policemen in Bengaluru revealed that 31% of those surveyed had reduced lung function. A total of 20% had some respiratory problem or the other.

With an increase in population and the number of vehicles in the city, the pollution has increased. According to reports in 2018, nine out of 16 quality-monitoring stations across Bengaluru have recorded particulate matter (PM2.5) in excess of the National Ambient Air Quality Standards. 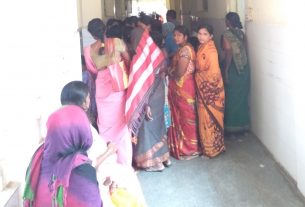 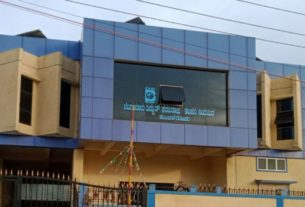