Vehicles from renting apps like Drivezy and Zoomcar are not in a good condition, riders complain. This increases the possibility of accidents.

Tourists who come to visit Bengaluru  and the Bengalureans, due to the high cost of public transportation, prefer two-wheelers or four wheelers on rent. Neither the bikes nor the cars are not up to the mark, customers are facing trouble.

“As the cost of public transportation is high, I decided to rent a bike from the Drivezy app. When I went to pick up my bike, it was not in the condition I thought it would be in. The brakes were not working properly and the body of the bike was dented. I asked them if they had any other option. They did show me other options, but those were not up to the mark either, so I had to go with the same bike. It was tough riding the bike,” Adrish Mukherjee, a resident of Kolkata who was visiting Bengaluru, informed The Observer.

Apurva Somaiya, who has lived in the city for four months, said: “I have used several rental bikes over the years and have seen one thing in common: They are poorly maintained and usually have more than one mechanical issue. Either the brakes don’t work or the engine leaks oil. This is dangerous for customers who are new to riding motorcycles. I wish corporates focused on customer safety….”

Samarth Kapoor, another resident of Bengaluru, said he finds the Drivezy service convenient, but they should focus on the maintenance of the bikes.

Student Jai Iyer shared: “Drivezy cars and motorcycles are risky. My car tyre was punctured twice while I was travelling with my family on a weekend. Customer support wasn’t helpful.”

Faulty clutches, brakes that jam and defective tyres are blamed for accidents.

Drivezy fleet executive officer Faiz said: “All bikes and cars are new and first-hand. We give our customers the best, but if the customers meet with accidents, then we can do nothing. Before handing our bikes to customers, we check them. After getting them back, we do maintenance.”

An officer of the Zoomcar app who didn’t share his name said: “We try to give proper vehicles to customers. But when we get them back, at times, they are in a poor condition, maybe due to accidents. But we cannot confidently say that.”

A student who uses Zoomcar said the company collects Rs 5,000 as a security deposit. If a car meets with an accident, they do not refund it.

A transport department official who did not want to be named said vehicle rental apps must install panic buttons, digital meters and emergency panels. App owners should take permission from the RTO.

High court lawyer Sharmila Mishra told The Observer: “Two-wheelers should be taken off apps as they are too dangerous. They are not legal.”

Drivers of four-wheelers drive  rashly, exposing them to the risk of accidents. “Bikers tend to overspeed, causing skidding. Insurance companies should be liable for damage to the vehicle and customers. Rapido, Zoomcar and Drivezy should take permission….” The transport department should check the insurance documents and driving licences of rider, Mishra said. 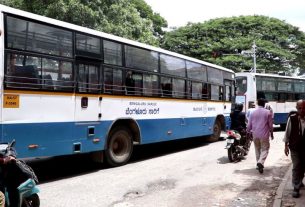 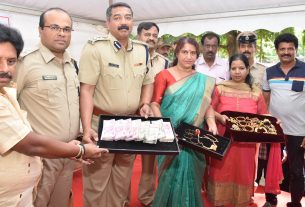