Loose cables and wires are found in several areas across Bengaluru. Residents in areas such as Halasuru have complained about the hazards posed by them, particularly in the rainy season. Vinod, a resident of Halasuru, informed The Observer: “Some of the wires hang fully on pavements, making it difficult for pedestrians to walk. As it is the rainy season, there is a greater risk.”
Another resident, Govindraju, who works at a magazine stall, agreed with Vinod. “The problem of loose cables and wires has been there for a long time,” he said.
Rajagopal, a shop owner, said: “When wires get damaged, instead of replacing them, they simply join them. They finish the work in 10 minutes, and never confirm with the people who have lodged the complaint.” The problem has affected Rajagopal’s business adversely. His customers feel uncomfortable because of the loose cables and wires. Mohammed, who runs a mobile store, said: “These cables need to be put underground like how they did in Majestic. They are a public inconvenience.”

Asked about the problem, H.M. Shivaprakash, Bescom General Manager for customer relations, said: “Maintenance work begins in April as part of our measures for pre-monsoon preparedness. Some wires and cables get damaged during the monsoon and that the problem is unavoidable.” All customer complaints are attended, the official said. As part of maintenance work, Bescom undertakes activities like “tree trimming, pole straightening and transformer repair”. The only solution is laying high-tension and low-tension cables underground. The project, he said, is estimated at to cost Rs 5,400 crore. The measure would give uninterrupted power supply to Bengaluru. Bescom has estimated that the work will get over by 2023.

However, Dr VR Ramesh, head of the civil engineering department at the Rajarajeshwari College of Engineering and soil expert, said laying the cables underground would take much longer. “Large stretches of road would need to be dug for the work. This would only increase traffic in a city where congestion is a huge problem. Ideally, we should have the cables underground, like in western countries. However, India is a poor country. Power theft is quite common in our country. With the cables going underground, power theft is not going to stop.  The only difference would be that the risk of death would be much higher in cases of power theft from the underground.” Dr Ramesh pointed out that cables hung by TV and internet service providers cause inconvenience to the citizens and authorities should do more to check this.

The Observer had carried a similar story on loose wires and cables hanging over Magrath Road, central Bengaluru, on February 8, 2018. The story highlighted citizens’ concerns over loose wires, some of which lay on footpaths and roads. They said the cables posed a danger to pedestrians and two-wheeler riders. The wires were a combination of electricity, telephone and television wires. They complained of inaction and lack of response from authorities concerned. The problem is found all over Bengaluru. 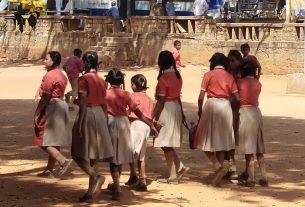 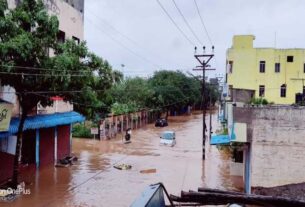