Skip to content
Home > Food > The Hazards of Healthy Food

The Public Health Foundation of India attributes 80% of all premature deaths in the country to contaminated food and water. While that might sound alarming, there’s little doubt everyone one of us is exposed to contaminants in the food we eat. Says Dr. Keya Ghosh, the head of Consumer Unity & Trust Society or CUTS, Kolkata, an NGO, “Food adulteration in India starts from the field itself where fertilizers and pesticides are overused. Therefore, one kind of contaminant that is present across all range of food is very high level of pesticide residues.”

Apart from pesticide residues, many products used in everyday cooking, such as ghee and paneer, are adulterated. Use of coloring agents in spices is commonplace. A number of fruits we consume use carbide to ripen faster, which is a serious menace to health.

Fruits, vegetables, food grains, even soft drinks and dairy products are routinely diluted or contaminated to save their producers a few rupees. Says Dr. Varinder Garg, officer on special duty at the Union health ministry, “For the health of the nation, we must create awareness and prevent food adulteration.”

Children and the elderly are the most vulnerable to toxins in food. In a country where nearly 27% of the population lives below the poverty line, there is an understandable emphasis on making food accessible at affordable prices. However, that’s no excuse for selling them substandard or unsafe food, say activists. Of the government’s “midday meal” scheme for primary school children, Dr. Ghosh of CUTS says, “The food is simply not good enough.”

Under the Food Safety and Standards Act, 2006 a regulatory body, the Food Safety and Standards Authority of India was established to set scientific standards for the manufacture, storage, distribution, sale and import of food. Among food items prone to adulteration, milk is most commonly diluted with water which makes it lose its nutritional value and addition of contaminated water ensures health risks.

In an age with pretty much everything is mass produced and packaged at distant locations and involve processes to ensure longer shelf life, the worrisome part is we often tend to ignore that we may be risking our lives owing to the plain fact that we don’t very much about what we consume.

A recent study by the Pollution Monitoring Laboratory (PML) at the Centre for Science and Environment (CSE) to understand whether GM foods are available in the Indian market, conducted tests on 65 imported and domestically produced processed food samples. Overall, 32% of the food products were GM positive, with a whopping 46% of imported food products testing positive.

Speaking about this issue, Dr Priyanka Rohatagi, chief clinical dietician, HOD, Department of Nutrition and Dietetics at a city hospital, says, “Though India has resisted GM food production, there have been instances of such food being imported into the country (including corn, baby food and breakfast cereal), which have been introduced without adherence to relevant labeling laws.”

Parliament on August 6, 2019 passed the new Consumer Protection Bill 2019 piloted by Union Food and Consumer Affairs Minister Ram Vilas Paswan, which seeks to establish a Central Consumer Protection Authority to promote, protect and enforce consumer rights. The Bill further proposes to strengthen the rights of consumers thereby providing a stricter mechanism for redressal of complaints regarding defects in goods and deficient services.

Speaking on the bill, Union Minister of Consumer Affairs, Food and Public Distribution, Ram Vilas Paswan said: “If the product is found faulty, instead of earlier individual examination, the entire batch would be examined. The new bill seeks to take care of product liabilities and service, as well as action against publishers and celebrities for misleading advertisements.” 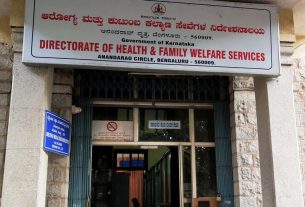 Cases of diphtheria go up as govt hospitals lack vaccines 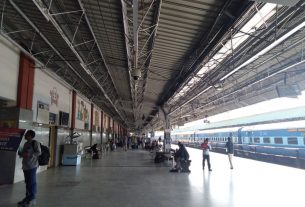 Platforms of 3 railway stations have no CCTV coverage