Skip to content
Home > Lifestyle > To the Edge of Beyond

Annihilation takes you on a journey that few science-fiction movies would even dare to,

What if human beings could be recreated after we are gone? What if every memory we have, every emotion that we feel, every biological and anatomical feature which makes us human could be replicated? The result would be an exact replica of ourselves, which would allow us to keep our memories and emotions intact even after we die, planted in an identical body.

Cloning would be a poor way to describe such a process, as it’s nothing less than are creation of ourselves after death. Life would never end, and individuals need never die. This masterful speculation into immense potential of DNA replication and the possibility of creating immortality is the inspiration for Alex Garland’scontrarily named movie Annihilation.

Annihilation belongs to the class of movies that are designed to keep viewers on the edge of their seats. The movie uses the element of unpredictability as a device to draw viewers deeper into the labyrinthine plot and the serious scientific, moral, and psychological questions it raises.

The story revolves around Lena (Natalie Portman), a scientist and an army wife, who has lost contact with her husband when he goes missing on a mission. The contradiction between psychological and scientific reasoning is laid bare when she along with four scientists decide to explore a radiation zone called the ‘shimmer’ which was created by a meteorite crash. As soon as they go beyond the restricted zone, the come across forcesthat defy conventional wisdom and redefine the very meaning and processes of life as we understand it.

Inexplicable phenomena, impossible biological features and even weirder explanations for all this rain down on them like god’s wrath. Devasted and mesmerized at the same time, they choose to explore further and look for answers. Soon they realise that some answers extract a heavy price from the people who seek them. They find a new process of life threading itself, the beginning of a new biology which will replace the existing one, to wit, a cancer which will recreate life on the planet.

As Natalie Portman, with her extraordinary acting skills, starts exploring these strange phenomena, the viewer is alternatively shocked, thrilled and left speechless. The movie, with its astonishing grasp of the complex sciences involved, leaves a deep psychological impact which not merely pulls viewers into the drama but makes one question their own existence.

Jennifer Jason Leigh with her signature style, playing a very crafty and peculiar role in the movie, along with an extraordinarily cast of character actors like Oscar Isaac, Tessa Thompson, and David Gyasi, deliver a riveting performance. Coupled with a sensational script, a brilliant cinematic improvisation of the world-famous novel by Jeff VanderMeer, the movie since its release has been a topic of debate particularly among the young. The uncanny combination of the biological sciences and psychology creates a stimulating and absolutely thrilling experience, and one that provokes a sense of deep scientific inquiry at the same time.

The movie’s closing minutes are the most intense as they culminate in a most devastating yet beautiful ending, answering every critical question it raises, but nonetheless leaving viewers craving for more. The atmosphere the movie creates in the movie hall as much as in the minds of viewers is hard to describe. Suffice it to say it’s one of the most “must watch” sci-fi movies of all time.

A Window into the Soul 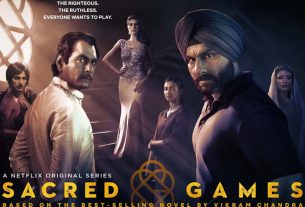 Looking Back on a War