Many cab drivers do not wear seatbelt in and across India, though Bengaluru traffic police has imposed fines which they again revised it to higher amount, but still the drivers do not bother.

Drivers strap on only on seeing traffic police to escape fines. Though it is compulsory for drivers of four-wheelers to wear seatbelts, many do not bother.

“At night, police checking is light, so we don’t wear seatbelts. Otherwise, there is constant surveillance by traffic police,” Shivakumar Jai G, an Uber driver, informed The Observer.

Channappa, an Uber driver who wore a seatbelt just before turning into 33rd Cross, Jayanagar, said: “Traffic checks are heavy till Saturday morning, so we have to be very cautious. If we don’t pay the fine, police seize our cars. If a driver is caught without wearing a seatbelt, he is charged Rs 1,000. The fine increased two months ago.”

Bengaluru traffic police collected Rs 2 crore as fine in 2018 and Rs 66 lakh up to June 2019 from drivers they found not wearing seatbelts.

An Ola driver, Manikumar S, who was not wearing a seatbelt, said: “I don’t feel it is necessary unless I have to pay a fine.”

Between January and June 2019, traffic police booked 66,408 cases pertaining to drivers not wearing seatbelts, according to information shared by police.

Manjunath, a head constable at the Traffic Management Centre, said: “We fine every driver who doesn’t wear a seatbelt. The fine amount was Rs 100 but now the amount has revised up… from September 4. The Bengaluru Traffic Police website has updated the fine.”

M.N. Sreehari, a traffic expert, said: “It is a crucial safety rule, but drivers still don’t follow it. What will happen if they crash and get injured fatally?  It is a matter of individual awareness. The government has increased the amount of fine to prevent the careless loss of lives further. This is for their safety but they are still negligent.” 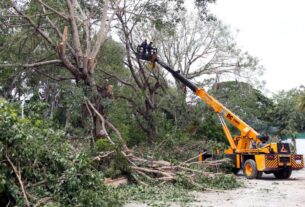 Carnage in the Name of Beauty 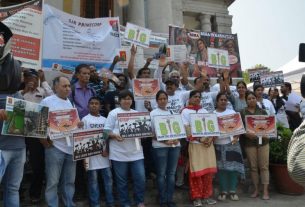