Ola & Uber apps allow people to book these rides even as the Karnataka government has restricted these cab aggregators.

Though the government of Karnataka has restricted ride sharing, cab aggregators Ola and Uber continue to allow people to book these.

People prefer ride sharing because it is are cheaper than regular taxi or autorickshaw rides. They do not know pooling is restricted. They use it because it is available on the apps of cab aggregators.

“Share rides are cheap. We needn’t spend a lot on travel. Also, traffic will reduce in the city if people going to nearby places use the same car,” Ramesh G, an area manager at a private firm, said.

“An Ola Share ride depends on the driver. If we want to accept it, we do so. We accept only if the locations of people are near each other. People prefer Ola Share because the bill amount is less,” K R Lokesh, an Ola driver, informed The Observer.

Cab drivers ask a passenger to cancel the ride if her location is not close to that of another passenger.

“Cab fares are usually high and share rides are 50% cheaper compared to regular rides. Even though it is a waste of time for a passenger to reach their destination after other passengers in the cab are dropped, at the end, cost is what matters. I take Ola Share only when I have a lot of time,” Varun B., a software engineer with a private firm, said.

The Observer tried to contact Ola and Uber but couldn’t reach them.

“These call taxi services are monitored by disaggregated unions that do not take responsibility for anything. There is no accountability, safety and security in carpooling. It depends on people’s interest; but as far as security and safety is concerned, this method is completely unsafe,” said M.N. Sreehari, adviser to the government of Karnataka for transport, traffic, transportation and infrastructure.

Other people said carpooling helps in reducing the traffic and usage of fuel in the city.

An official in the transport commissioner’s office who did not want to be named said: “The Karnataka government has not banned carpooling; we have only restricted it. We have asked for amendments to be made concerning the safety of the public, especially women and children. Bengaluru has a high population; the number of vehicles is also high. This was the major reason why carpooling was preferred. But when it comes to safety, we do not know who will be sharing the seat with us. It is highly unsafe.”

The transport department has prohibited Ola and Uber from continuing their pool services. It has told the aggregators that their carpooling services are illegal as there is no provision in the transport rules for them.

The companies violate the Motor Vehicles Amendment Bill, 2019, for taxi aggregators which defines aggregators as digital intermediaries or market places that can be used by passengers to connect with a driver for transportation purposes (taxi services). It is silent on ride sharing and it is this loophole which is being used by these cab aggregators to offer share rides to the passengers.

Giving a possible solution, Sreehari said the transport department should amend such risky and unsafe rides and in order to do this. The Centre should ban carpooling in every state. “This will help the state to ban such rides in the city which will ensure the safety of the people,” he added. 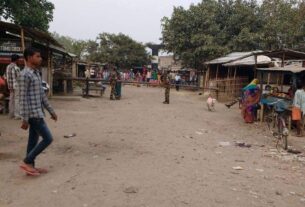 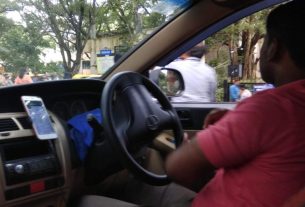 Despite stiffer fine, cab drivers do not wear seatbelts 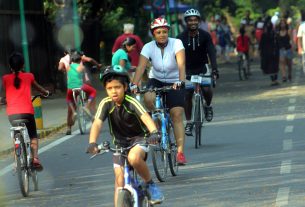